Finding My Way Back

A couple of weeks ago, I set up my drafting table and put together all of my art supplies.  This space is becoming my sanctuary; a place where I am getting […]

A couple clips of Brian Selznick speaking at SDCC 2017 panel. He talks about his writing process and his upcoming film “Wonderstruck”.

Summer is nearing its end.  The moments captured were memorable in a painful kind of way.  I learned several things about life and about myself.   It was bitter-sweet and I […]

We were back in sunny Southern California for vacation.  We spent the day in Studio City where we saw Tyler James Williams (Everybody Hates Chris) at the local Trader Joe’s, […] 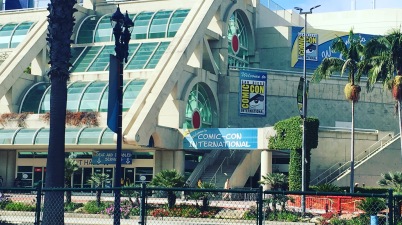 The San Diego Comic Con was my bucket list moment.  I waited four years for the opportunity to go.  When I received my comic con badge, I had to pinch […]