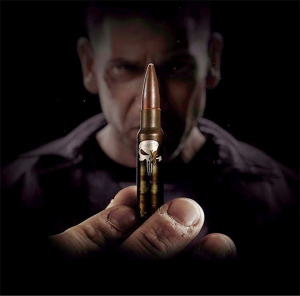 Hell’s Kitchen raises men and women of great purpose; their moral code separates the just from the unjust.  They face stark choices between the light and the darkness often mingling within the shades of gray.  The one moment that pushes good men over the edge.  The pushing of limits cracks the armor.  “You’re one bad day from being me.”  The unexpected bullet to the head, leaves a

The dichotomy of style between two vigilantes; both equal and opposite.  Their back story were different but led to the same outcome; the loss of family by organized crime.  Life and death are at the core of their justice system.

The unexpected arrival from the past, complex things. Elektra reunites with Matt to infiltrate a powerful organization.  There is deception throughout their encounters.   Responsibilities forsaken due to covert agendas throughout the night.  Relationships tested, strained, and broken.  A surrogate father betrays his daughter.  A dark secret comes to light.

Wilson Fisk extends his role of Kingpin into prison while fortifying his plans for Hells’ Kitchen.  “The tide raises all ships.”  Opportunities come at a cost for the one willing to pay the price for success.  Frank Castle is just another pawn who stood toe-to-toe with the king.  A lawyer threatening to wield legal power and six-dollar postage to hurt a power-monger sends the weight of anger crashing down on him.

Sometimes we straddle the line, teetering towards the abyss.  “You cross over to my side of the line, you don’t get to come back.”  We wonder whether there is still good in people with a killers nature. Then we learn there are things far worse rising towards Hell’s Kitchen; “The Hand”.  Seeking vengeance leads to moral redemption.  A secret identity revealed, in the end, leads to new possibilities.

I thought season two story-arcs did a great job exploring the psychology and psychosis of vigilantes, assassins, and criminals; the connection between Daredevil, Jessica Jones, and Luke Cage was artfully done.  I am looking forward to season three next year.