Well, this episode pickups where we left off.  Lucifer and Mary trapped on the other side of the rift, Crowley is dead, Castiel is dead, and Jack, the son of Lucifer, is born.  Jack is not a baby but a post-adolescent male.  Sam wants to help Jack while Dean wants t kill them.  Jack escapes, and the Winchesters end up having to track him down.  Jack wants to find his “father” and ends up in some small town; the Sheriff and her son attempt to help him.

Sam learns that Jack thinks Castiel is his father.  Angels attack the Winchesters and Jack at the police station; we discover that Angel Blades cannot kill him.  We also learn through an angel’s confession to Dean that Jack is capable of almost anything.    Sam and Dean save Jack.  They agree to take Jack back to the Men of Letters bunker and figure out what to do next.  Before they leave, Dean gives Castiel a Hunter’s Burial, and we learn that Dean’s damaged hand is the result of pummeling a bathroom door due to an unanswered prayer.  Mary and Lucifer are still alive on the other side of the rift.  Lucifer toys with Mary’s life because he needs her.

I enjoyed watching this episode.  Without Castiel and the King of Hell, Sam and Dean have a great responsibility that could prove overwhelming. 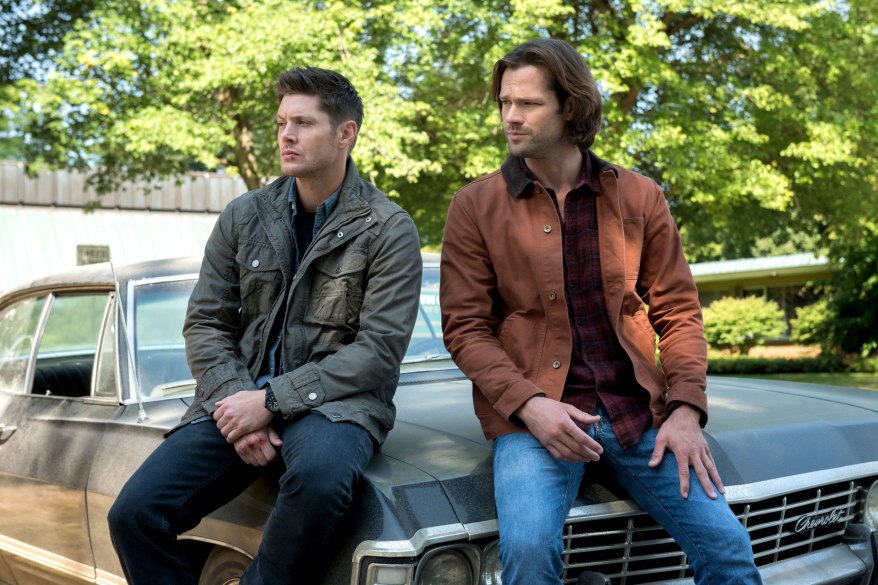